We are proud to continue the tradition of making hammered copper kettles in the same location for over 140 years.

The copper trade began at our location as an outgrowth of the hardware store immediately west of our shop on South Sandusky Avenue, run by two of Bucyrus’s earliest families. During the summer and early fall of each year, there was a demand at the hardware store for apple butter kettles, which had to be purchased for resale from the Schaum Brothers of Lancaster, Pennsylvania. After a study of these kettles, the partners decided that the hardware store’s tinsmiths could be retrained as coppersmiths and the store could manufacture their own kettles, thus shrinking the supply line and being in complete control of their inventory.

To that end, two coppersmiths were brought in from Pennsylvania, settled in homes with their families, and began to train the tinsmiths. Before long, the store’s tinsmiths became coppersmiths, and the store began selling their own apple butter kettles in 1874. After five years, the partnership was dissolved, but one of the partners formed a new company in 1879 and continued making kettles at the South Walnut Street location. Soon after the new business started, a poor apple year in 1880 led to an expansion of the product line to include not only Apple Butter Kettles, but Swiss Cheese Kettles and bowls for Tympani drums. 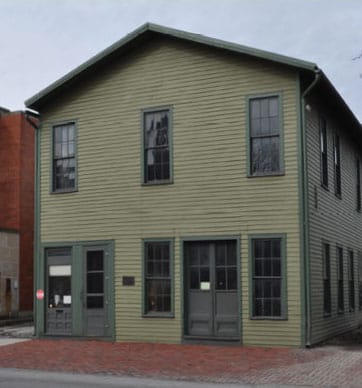 The most dramatic change in the business came with the arrival of electricity. In 1912, electrically driven motors for the hammering, done previously by hand, made production faster, and certainly easier for the coppersmiths. 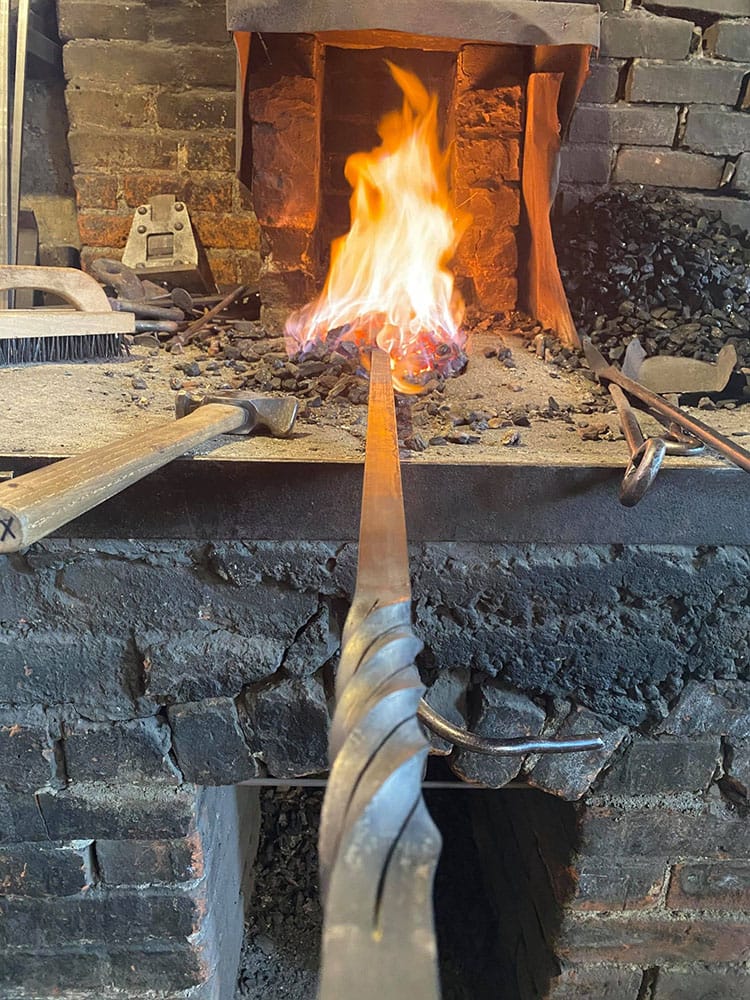 The production line of the business changed again when Swiss cheese makers turned to stainless steel equipment for cheese making. The company responded by replacing the making of Swiss Cheese Kettles with the production of Candy Kettles designed for making caramel corn and sugar corn. Later, copper items were made to be used in homes primarily for decorative purposes. Available now are hammered copper items such as old fashioned coal hods and shovels, flat bottom kettles in sizes from 4 quarts to 15 gallons, decorative bowls, round and oval wastebaskets, and preserve kettles, skimmers and ladles. A most highly prized item is the miniature cheese kettle made entirely by hand.

For the past 140 years, ownership of the company moved through four generations of the founder’s family until the death of the family matriarch in July 2015 at age 99. Thereafter, the company continued operations to fulfill existing orders and then, in accordance with her wishes as the last of her family line, closed the original business and retired the family name.

Bucyrus Copper Kettle Works Ltd. began operations shortly thereafter under the leadership of Steve Schifer, a coppersmith with 39 years of experience at the South Walnut Street location. In 2020, Steve sold the business to Mr. James Patrick. James is proud to be a part of, and to continue, this unique tradition.